Developers and customers who wants their own servers these days tend to get confused by so many choice in the marketplace. Linode, Digital Ocean, and Vultr have become such household names, it made offers from smaller, or larger outfits that don’t want to spend a bunch of money to develop a platform and market themselves, get lost in the noise.

One solution seem to come from Onapp’s Cloud.net, which offers a marketplace that acts as the beautiful “cloud” front-end for big datacenters that might not want to focus or develop platform for the VPS/cloud instance market like Digital Ocean does. From cloud.net, customer can choose to get their server from multiple providers in different locations. 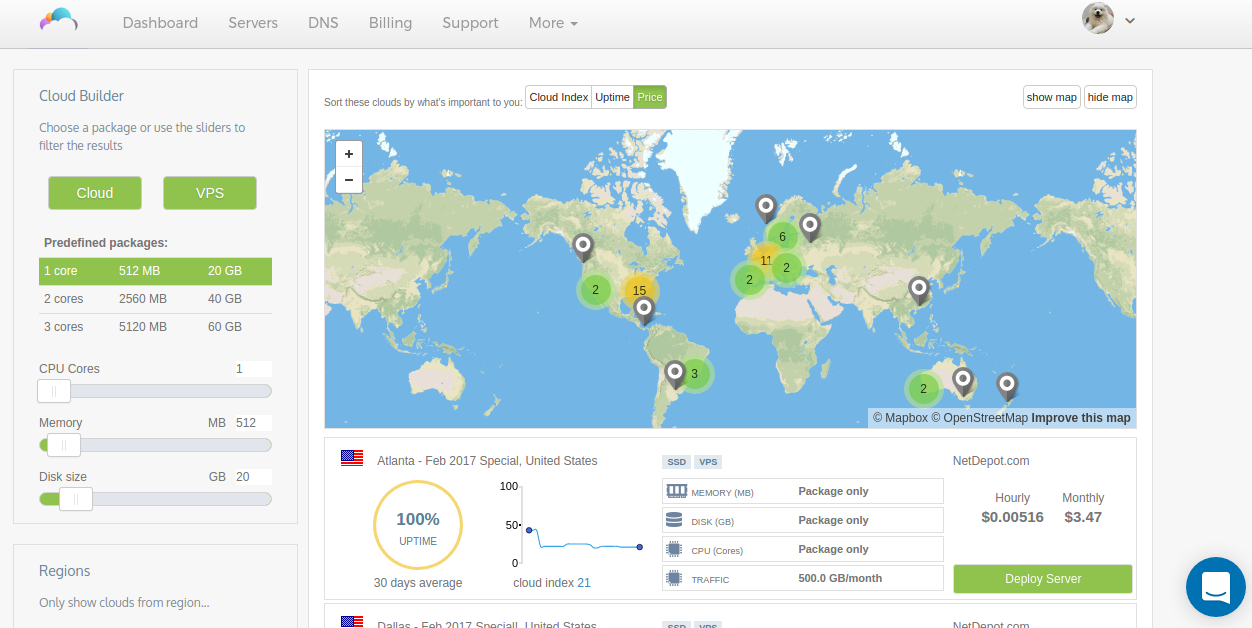 I first found Cloud.net from my journey looking for VPS providers that resell from Softlayer. The reason why i want a VPS in Softlayer datacenter is a nostalgic one. My first blog (setengahmateng.com, now dead) is hosted on a shared hosting account which apparently is hosted on a server located in Softlayer Dallas location.

Unfortunately, i found that Softlayer no longer focus on small providers, and that’s why VPS resold from a Softlayer bare metal server will be overpriced. But as it turns out, Cloud.net has a partnership with Softlayer that enables them to sell a piece of Softlayer on their platform.

So i create an account, and add $10 (you must deposit a minimum of $10 to your Cloud.net Wallet to buy a server) to my wallet. I then choose the lowest end server i could get, which has 512mb of RAM, 1 cpu core and 2TB bandwidth running KVM. As an added surprise, they seem to be running a promotion so the server only costs me $3.47/month (which got further discounted to $1.90 thanks to a 50% off coupon).

My experience with their panel starts horribly. I first installed Debian on the server, but decides to switch to Ubuntu just for the sake of it (i ended up using Debian after all). Unfortunately, the panel seems bugged so it doesn’t respond to my command. It only says, “the server is scheduled to be updated” but it doesn’t do anything. Yes.

Confused, i decided to wait, since the phrasing seem to suggest that it’s not an instant rebuild process. But after 10 minutes, i decided to hit up the live chat. Since i hit their chat on off-hours, i didn’t get a respond, and decided to submit a ticket. Their reps responded to me in 2 minutes (literally).

About 10 minutes later, i’ve got a response on the live chat, and the issue is solved within 30 minutes. They admit the issue is on their panel, but it’s now fixed. Pretty impressive support, i should say.

So now that i got my server off and runing, i decided to run some benchmark. Here’s a result of a simple vps benchmark script that’s pretty popular online:

That’s some impressive I/O, huh? The connectivity to areas across the world is not bad, either. Remember, it costs me $1.90/month. Other than that, i also run a geekbench 4 test which uncover the fact that the CPU seems to be quite weak, at least compared to another VPS of mine from Vultr Singapore location. 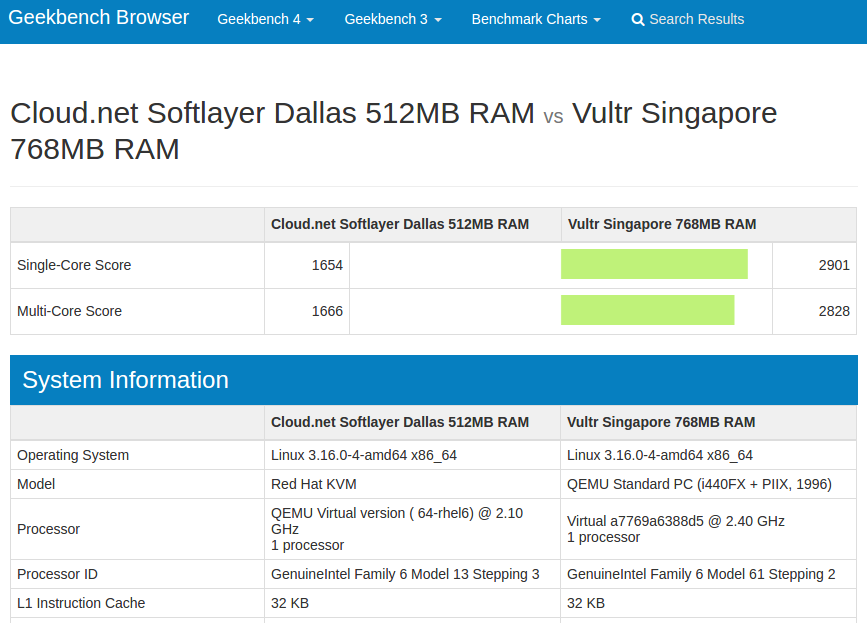 You can view the full benchmark result here

I’ve been using the VPS for 7 days today and have no problem with it. The crazy (and i mean, literally crazy) price i got for it more than made up for the initial problems that’s quickly solved by their speedy support. If you want affordable VPS from premium data centers worldwide, i wholeheartedly recommend trying out Cloud.net

By the way if you’re wondering if this review is sponsored in any ways, well, they didn’t have any affiliate programs set up so as much i want to make a buck or two, i can’t. 😀