So Lyft is in the news, they’re trying out a ‘shuttle’ service that’s basically a private version of mass public transport in some cities in the US. Fixed schedule, fixed routes and fixed fares. They’re doing it with a regular car, so it’s not exactly efficient. It’s glorified carpool.

Now, here’s the funny thing. In Indonesia, these ‘micro’ transport service in which a regular car, typically SUV, is used to carry passengers across a fixed routes with fixed fares, is already in place for years, and years already. It’s called Angkot, short for Angkutan Kota (City Transport). And you know what? They suck. They suck really, really hard.

In fact, they suck so bad that this paragraph from The Verge choked me pretty hard with laughter:

If Uber and Lyft continue to convince more people to share rides and use fixed routes, and the companies’ automatic routing systems grow >more precise, it’s easy to imagine a future where a fleet of minivans or charter buses use Uber and Lyft’s platforms and transport herds of >commuters to and from work every day, alongside subways, buses, dollar vans, and other modes of transportation. 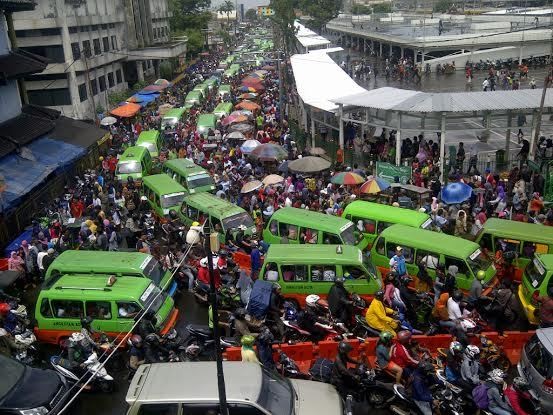 While trying things out are cool, privatized mass transport, especially in a very small scale, just creates waste and worsen traffic jam. In fact, i’ll go out on a limb and declare that the existence of privatized mass public transport is a sign of either failing economy or a failed government.

I honestly pray everyday for us in Indonesia to eliminate these kinds of transportations and just burn all these cars to the ground.